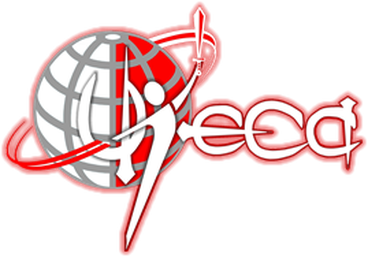 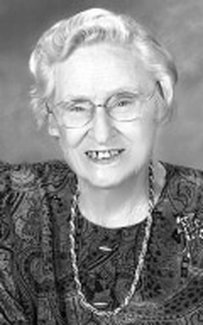 Aimee McQuilkin
One typical muggy Cartagena afternoon in 1996 my wife and I had the distinct pleasure of sipping café with Miss Aimee McQuilkin (yes, sister of John Robertson McQuilkin, President Emeritus of Columbia International University who died last year; Aimee died in 2013). While brother J.R. headed east to plant churches in Japan, later returning to lead CIU, Aimee threw her lot in with a group of missionaries to establish a church planting movement on the northern coast of Colombia (today known as the Asociación de Iglesias Evangélicas del Caribe, or AIEC for short), choosing instead to focus her attention on developing the young people of this new movement. In 1949 she organized Youth Clubs (Clubes Juveniles) which formally organized in 1961 as UJECA (Unión Juvenil Evangélica del Caribe). Today UJECA is comprised of 600 youth networks in 15 zones around the country with thousands of young people involved. 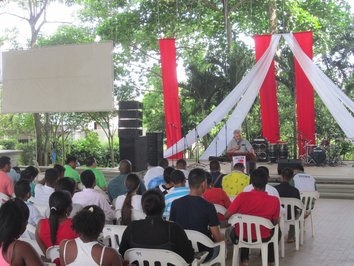 As my wife and I sipped our Colombian tintos with Miss McQuilkin that afternoon twenty-one years ago she encouraged us to pray as to whether or not we might be led of God to come alongside UJECA in order to help project the movement toward taking seriously God’s Great Commission call. We did pray and sensed the Lord leading us a different direction, a direction that has taken us far and wide over these years and opened many doors never thought possible. Nevertheless, we’ve never forgotten her challenge that day, guarding it as a possibility to one day challenge these young people with the Gospel mandate of Jesus. That day came a little over a week ago when I was invited to share with the entire student body over the course of a week during their National Congress. It was a wonderful experience long-awaited and God did not disappoint. As I shared publicly on God’s Biblical Mandate for the nations I sensed an even greater impact during the break-times where more personalized interaction was able to take place. And the exuberant faith of these young people have left a huge impression on me that I will not so soon forget. Check out this video for a little taste of some high powered Colombian adolescence...
Take Emmanuel for instance. He shared with me during a break how he travels eighteen hours each week to meet with his UJECA zonal group, and how glad he was to be at his first National Congress this year. He further shared how his father had persecuted him for years since his coming to faith in Christ as a result of his father having made a pact with Satan to ward off spiritual forces, dedicating Emmanuel to him since his early childhood. Emmanuel asked for prayer and shared his heart for serving God whenever and wherever.

There were others like the small group of four in the photo below who expressed their commitment to “go” wherever the Lord might lead. These four professionals had a fair degree of English to their name which surprised me. The prognosis for their making an important contribution to world mission seems promising. 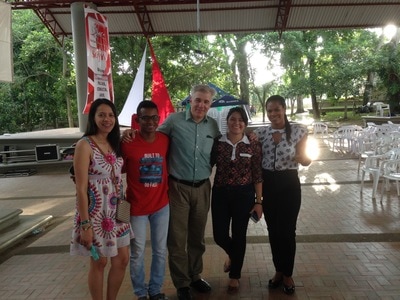 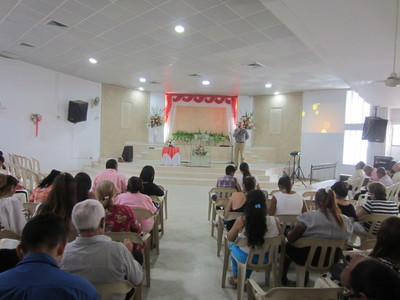 Sunday sermon in the Central Church of the AIEC in Sincelejo 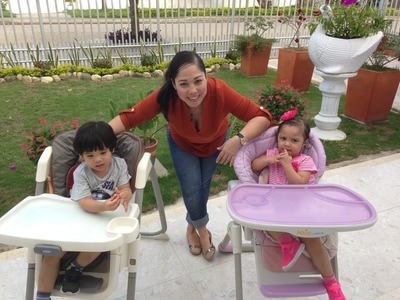 Sara Emy and her twins
Finally, the young lady pictured above right, Sara Emy, together with her twins were such a blessing to me while in Sincelejo. A disciple of ours from years ago Sara Emy refused to hear that I pay anything for the trip, calling me by cell phone each day to be sure I was properly fed and cared for, organizing everything for my housing and transportation to the last peso, everything. With the unexpected honorariums I received from the Congress and having paid nothing I returned to Bogotá with more money in my pocket than when I left, yet another first for me in my twenty-plus years of ministry here in Colombia. Sara Emy also pulled strings in order that I might preach in her church, the flagship church of the AIEC, an invitation I could never have turned down no matter how exhausted. All in all, it was a fabulous week I will not so soon forget… “making full circle” since that day back in '96, a surprising blessing as we make ready for new horizons we sense God preparing for us in our sabbatical.
Clic the Donate button below to make Personal and/or Project contributions.
You can use initials or our full name (if you know it) in the appropriate contact box